Wadaiko Yosa Yosa was founded in 2005 as a taiko club of the Czech-Japanese Association, specialising in traditional style of Japanese drums as practised mainly in shrines, temples and at folk festivals.

Beside core members who have been with Wadaiko Yosa Yosa for over a decade, several remarkable players hailing from various countries, such as Japan, USA, Germany or former USSR territories, had also been members, many of whom have continued their careers in other parts of the world.

Jana Votrubová, artistic director and co-founder of Wadaiko Yosa Yosa, thoroughly studied traditional taiko drumming during her two-year stay in Kyoto, maily in the Taiko Center, where she also completed her instructor classes. At the same time she performed at festivals at Kyoto's Tenman-gū and Matsuo Taisha shrines as well as a number of educational events. In the Czech Republic she instructed students at the Czech-Japanese Association's taiko club, and also occasionally works on taiko composition arrangements for other parties, and worked among others with the Japanese School in Prague or Conservatory Jana Deyla and Secondary Schools for the Visually Impaired Students as an instructor.

Wadaiko Yosa Yosa has a close relationship with Bodaiju Matsuri (The Linden Tree Festival) which takes place every June at Prague's Vyšehrad. The group's performances are integral part of some other events, such as Eigasai (Festival of Japanese Film and Culture) in Prague's Lucerna Palace, International Bonsai Exibitions at Prague's Botanical Garden, or Akimatsuri (autumn festival of Japanese community in the Czech Republic).

The group also performs in other events which promote different aspects of Japanese culture (for example collaboration with National Gallery Prague, cities of Pilsen, Opava and others), on occasions working with select Japanese companies and agencies on promoting Japanese brands such as Panasonic, Toyota, Isuzu, etc., and also on promoting Japanese capital participation in Czech companies, such as Pilsner Urquel. The group also occasionally participates in organising performances of certain Japanese taiko ensembles inthe Czech Republic or Czech orchestras performances of Japanese music pieces. 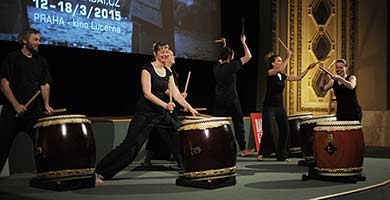 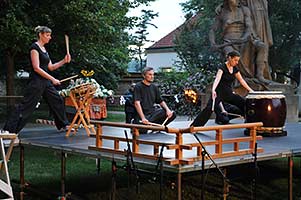 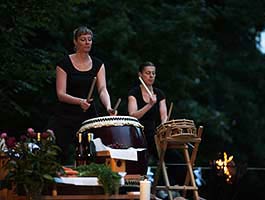 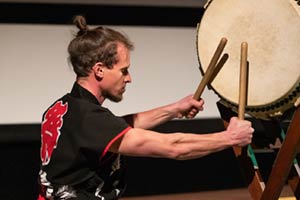 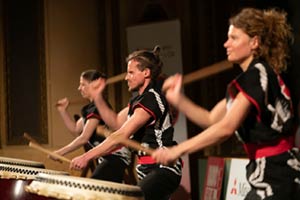 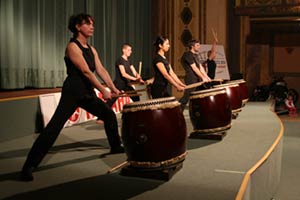 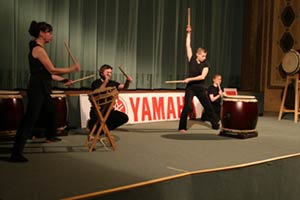 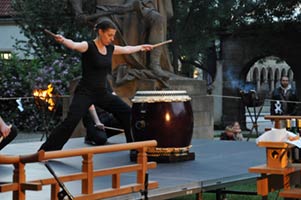 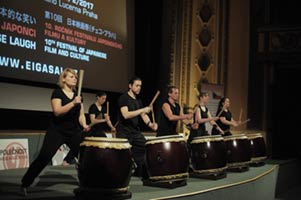 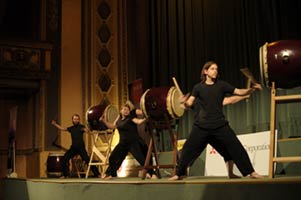